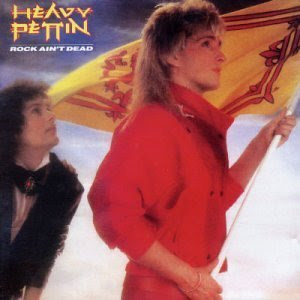 
Fletchanator's comment: The second album by this Scottish outfit who sound musically a lot like early Def Leppard, but with a vocalist whose high-pitched delivery is quite unique. I rate this album a lot - it's full of great anthemic songs. Lots of fun. 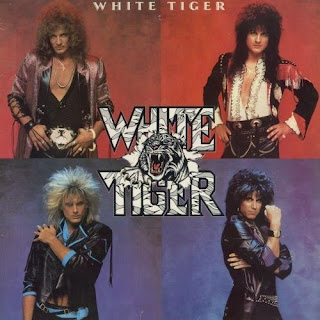 
Fletchanator's comment: I'm uploading this album in memory of guitarist Mark St John, who died at the age of 51 earlier this month. St John was in KISS for one album (Animalize), before forming White Tiger for this (the band's only) release. White Tiger also features another musician with a brief brush with a famous band - vocalist David Donato, who was in Black Sabbath for a short time in 1985. As for White Tiger, this album isn't one of the best by any stretch of the imagination, but it's solid and is worth listening to just for St John's fast-fingered guitarwork. 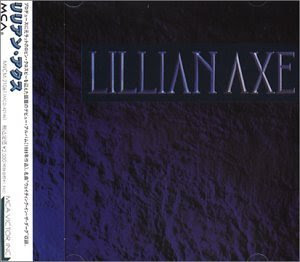 
Fletchanator's comment: The debut of this seriously-underrated band that was formed in Louisiana and is still pumping out great music, with a new album due this year. This is straight-forward hard rock/AOR in the vein of Poison and Dokken.


Fletchator's comment: The major label debut of this San Francisco-based band, which never really reached the heights they deserved. Ostergaard's vocals are distinctive and sleazy, and overall this is a good, solid album.

Posted by fletchanator at 2:01 AM No comments:

Labels: 1987, Dirty Looks, USA
Welcome to the House of Hairspray, which is aimed at spreading the love for 80s hard rock and hair metal.

I'll be posting albums, mostly stuff that's hard to get these days, but remember, if it is available and you like it, then buy the CD.

Fletchanator
House of Hairspray blogmaster
Posted by fletchanator at 1:41 AM 4 comments: