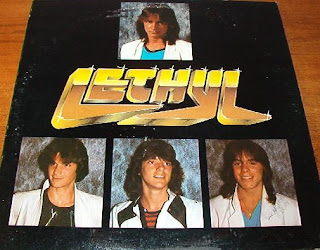 Fletchanator's comment: Lethyl were a group of teenagers (three of them still in high school) when they recorded this album on indy label Jammer Records in Jacksonville, Florida in 1984. There's not too much information out there about this band, but bassist Jimmie Jones has uploaded a few Youtube videos of the band in action back in the day and it seems they had quite a following in their local area.
With short-and-sharp songs that don't overstay their welcome, Lethyl play a brand of hard rock that infuses elements of early KISS, Poison and Motley Crue. From what I could find out, they reunited in 2011 but this is their only recorded output.

Posted by fletchanator at 2:28 AM No comments: 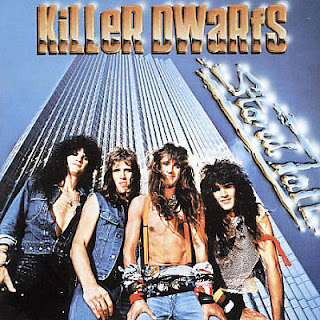 Fletchanator's comment: The Killer Dwarfs had enjoyed moderate success in their native Canada with their self-titled 1983 debut album, but it was with this, their follow-up release, that they really broke through internationally. The video to Keep the Spirit Alive became one of the most requested/played on MTV, and some sources say it was the most successful independent release on the channel of all time. That success led to the Dwarfs being signed by Sony/Epic and releasing three more highly-successful albums in 1988, 1990 and 1992, before the band split in 1995 (a reunion happened in 2001, although they're on hiatus now).
The Killer Dwarfs play a fantastic brand of 80s melodic hard rock. Singer Russ Dwarf has a... ahem... killer voice, hitting all sorts of high notes and sounding like a cross between his countrymen Sebastian Bach and Rik Emmett (Triumph). Guitarist Mike Dwarf is also great, with a definite George Lynch sound to his shredding.
This particular rip is of the 2003 Bullseye re-release, but the original 1987 CD goes for ridiculous money online. Even the re-release is highly sought after, and for good reason - this album should be in every hard rock fan's collection! 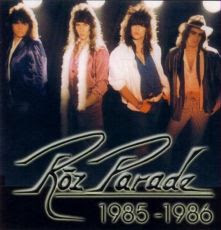 Fletchanator's comment: After leaving the band Xcursion (the album of which is on this blog), Mark Slaughter fronted Las Vegas four-piece Roz Parade. They apparently opened for Stryper at the Las Vegas Troubadour, but split after Slaughter was headhunted by Dana Strum to play with Vinnie Vincent Invasion (of course Slaughter and Strum would form the band Slaughter after that and reach the height of their success).
Whereas Xcursion played heavy metal, Roz Parade are melodic hard rock so more to the liking of fans of Slaughter and VVI. The music is pretty good but of course it is Mark Slaughter's amazing voice that makes this one stand out. He hits all sorts of high notes, but at this stage his voice wasn't as strained as it would later become with Slaughter. It's great stuff, it's just a shame there isn't more of it! 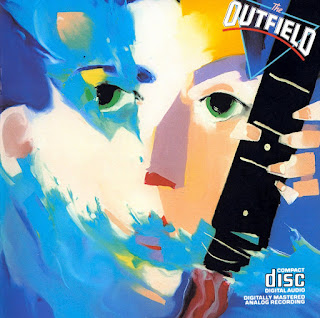 Fletchanator's comment: As I sit here watching the brand new Major League Baseball season (sadly not my Red Sox, their game was postponed because of snow) I figured why not share something baseball-related? Baseball and hard rock don't usually mix, but here we have a band named after a part of the baseball field, and an album by them that has a baseball-related name. I remember being shocked when I learned that The Outfield are English, because they sound so American.
I'm sure everyone is familiar with Your Love, the big hit on this release and The Outfield's one big hit in their career (it reached #6 in the US). It's a damn catchy song and the rest of this album is solid as well, good lite-AOR, power-pop. This is one of the lightest albums I have ever shared on this blog, fitting in somewhere between Mr Mister and Loverboy in terms of sound. It's good stuff though if you're into AOR and 80s rock. To borrow from the obvious theme, this isn't a home run but it's a solid line drive. 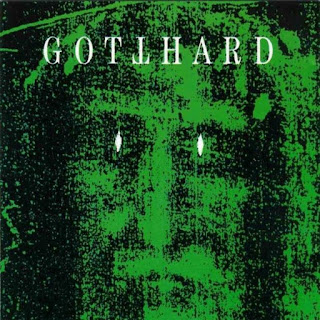 Fletchanator's comment: Switzerland's Gotthard arrived late in the heyday of hair metal but have been one of the busiest and most consistently-good hard rock bands since, releasing a total of nine studio albums with original singer Steve Lee. Sadly Lee was killed in a road accident in the US in 2010, and they have since put out two more albums with a new singer.
This is their debut album and definitely one of their best, strong from start to finish. Lee's amazing voice (eerily similar to David Coverdale) and the kickass guitaring (from Leoni and also Vivian Campbell of Def Leppard as guest lead guitarist on a couple of tracks) lead the way and the songwriting is solid. An excellent cover of Deep Purple's Hush, a great ballad in Angel and a rocking track in Lonely Heartache are the highlights for me, but there aren't any weak songs.
Because of Lee's canny Coverdale sound, the easiest comparison is 80s-era Whitesnake, which these guys definitely sound a lot like. I'd also throw in a pinch of Kingdom Come and Europe, but regardless of the influences this is an album every melodic hard rock fan needs.
I have all the Gotthard albums, so leave a comment if you'd like to see more of this great band posted on House of Hairspray.
Download
Posted by fletchanator at 2:36 PM No comments: 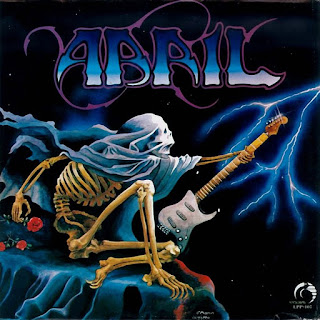 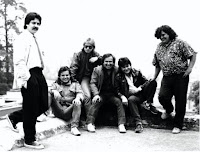 Fletchanator's comment: To celebrate the arrival of the new month, here's a band whose name literally translates as April. These guys are from Mexico and sing in Spanish. They're still around (albeit with a different singer) and these days apparently play a mix of power metal and prog rock. But on this, their first album, they were melodic hard rock, leaning heavily towards the AOR end of the spectrum. The production values aren't great and their sound if very raw, but hey, it's not every day you come across a Mexican hard rock band from the 80s.
I don't speak Spanish so can't talk much about the lyrics. Some of the song titles are easy to translate (Suicida = suicide, Testamento = testament, Abril = April etc). A quick visit to google tells me that other titles in English are Roads, Weekend, For a Child, Sometimes, Again, Mirror and No Exit. So pretty typical stuff for a melodic hard rock band.
This is definitely one for collectors of obscure material or those looking to broaden their music-listening horizons.