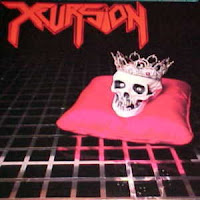 
Fletchanator's comment: Okay, this isn't hair metal or hard rock. It's NWOBHM, kind of like a cross between Iron Maiden and Odin. What does make it worthy of this blog is the fact that it featured a young Mark Slaughter in his first band, prior to Vinnie Vincent Invasion and Slaughter. It's a worthy addition to any hair metal collection for that reason.

Posted by fletchanator at 10:02 PM No comments: 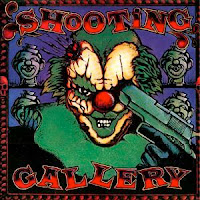 
Fletchanator's comment: I've been looking for this album on CD for a few years, and would you believe I found it in the discount bin at a music store? This is the only album by Shooting Gallery, a band most noted because it featured former Hanoi Rocks guitarist Andy McCoy (you'll find Hanoi Rocks' Two Steps from the Move on this blog). It also features former Kill City Dragons singer Billy G Bang (their only album is also on this blog). Unfortunately this doesn't live up to the greatness of Hanoi Rocks, in fact it's not even better than Kill City Dragons. It's sleazy hard rock like those two bands, but doesn't reach the heights of either. Still, it's pretty good and definitely worth adding to your collection if you don't already have it. 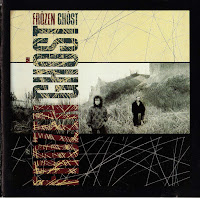 
Fletchanator's comment: Debut from Canadian AOR act Frozen Ghost, formed by former Sheriff members Lanni and Hassel, along with former Honeymoon Suite guitarist Grehan. If you like radio-friendly rock in the vein of Icehouse, Richard Marx and Sheriff, you'll enjoy this.