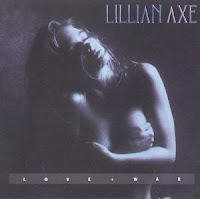 
Request of: Scott LullFletchanator's comment: The follow-up to 1988's self-titled debut (which you'll find elsewhere on this blog) sees Lillian Axe continuing to put out great straight-forward hard rock in the vein of Def Leppard. I would go so far as to say that this release blows away the debut, with fantastic songs like Ghost of Winter, Show A Little Love and Diana. 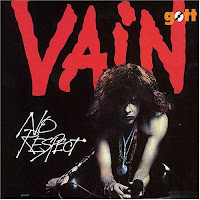 
Request of: RaikkuFletchanator's comment: San Fransisco glamsters Vain had a minor hit with Beat the Bullet when they released this, their debut album, in 1989. Their teased hair look was pure glam, and singer Davy Vain had a swagger about him, and on top of that was a great songwriter. This is a seriously underrated album by a great band. 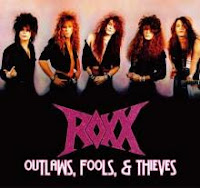 
Request of: MauFletchanator's comment: This was released in 2004, but is made up of material recorded by New York glamsters Roxx. If you downloaded the other Roxx album I put up on this blog, you'll know what to expect. If not, expect a rawer version of Motley Crue and Poison.

Yes, things have been very slow over the last two weeks. I've been busy at work, and on top of that we had some wild weather a week ago, and we were without power for a few days.

I've got a LOT of requests to fill, and I'll be starting very soon. Look for things to get back to normal in the next couple of days.

Thanks for all of your support! 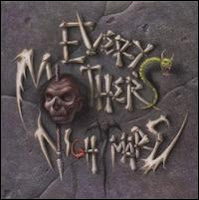 
Request of: RaphaelFletchanator's comment: I've already uploaded the 1992 album, Wake Up Screaming, to fill a request, and now here's the debut album of this bluesy groove band, to fill another request. It's a solid effort, enjoy! 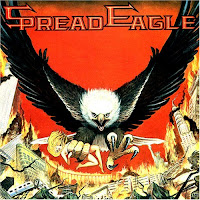 
Request of: MattiasFletchanator's comment: A sleazy glam rock band from New York, Spread Eagle managed to put out two albums (one more than most bands of the era, huh?). They're like the East Coast answer to Sunset Strip glam metal, ala GNR, LA Guns etc. The singer has a great voice, mixing together the sound of Axl Rose and Sebastian Bach in one powerful set of vocals. Kind of ironic then, that bassist De Luca toured with Bach on his solo tour last year. Like your rock sleazy? Like Skid Row and GNR? Then check this one out for sure. 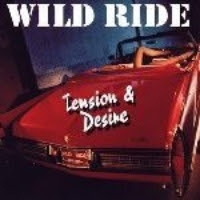 Request of: JCFletchanator's comment: Dutch American rockers Wild Ride released just the one album, Tension & Desire, in 1993. It's melodic, keyboard-oriented hard rock in the style of countrymen Zinatra and 1st Avenue. Pieters reminds me of Mike Tramp from White Lion and Florentinus is a talented axe-slinger. Not a world-beater, but a solid effort. 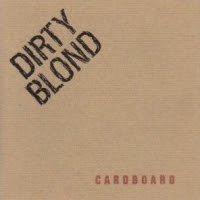 Request of: ManuelFletchanator's comment: This band is not to be confused with Dirty Blonde (note the e), who I featured on my first podcast, and whose album Passion I put up here on the blog. Dirty Blond put out just the one album, which I have to say features one of the most boring album covers of all time. Soundwise, Dirty Blond are a mix of Skid Row and Every Mother's Nightmare. Just Another Night is a great feel-good anthem, and Window Pain is a good ballad. I can't figure out why my copy has 16 songs, when every reference I can find on the 'net has 10 songs. *Shrug* I dunno. This album is rare though - it sold on eBay for $75 just a couple of weeks ago. 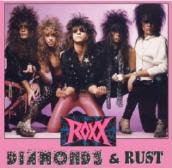 Request of: GerardoFletchanator's comment: Man, the word Roxx was popular in hair metal in the 80s. We had Roxx Gang, Crystal Roxx, Cherry Roxx, Foxy Roxx, The Roxx, Sgt Roxx... and just plain Roxx. This album is a collection of demos from 1985 to 1989, so the quality is a bit scratchy in places. Don't let that put you off though, because Roxx is a good-time glam metal band. Singer Joey D'Angeli was in Skid Row for a couple of months, before being replaced by Sebastian Bach. Roxx is a mixture of Poison, Motley Crue and other good glam metal bands. Definitely check it out!