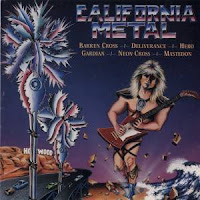 
Fletchanator's comment: Now, I'm not a Christian, and this is Christian rock. But if you look past the lyrics and inspiration for the music, you'll get good ol' 80s hard rock. The sound varies from NWOBHM-esque to keyboard-oriented AOR, but most of it is in the guitar-driven hard rock range. This compilation was the first of five put out by Regency Records. 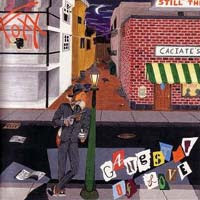 
Fletchanator's comment: The only album by midwest rockers Foxx (not to be mistaken for a band by the same name that released an album called The Grand Finale in 1995), this is poppy melodic rock in the style of Trixter and with elements of Danger Danger. 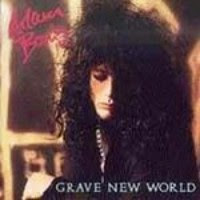 
Fletchanator's comment: Adam "Bomb" Brenner played with TKO and Steeler, and even auditioned for KISS while a teenager. His own Seattle-based band, Adam Bomb, put out a string of albums in the 1980s and 90s, including this 1993 effort. 1993 in Seattle wasn't exactly a good time for glam metal bands, but Grave New World bucked the trend. 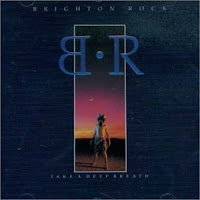 
Request of: MauFletchanator's comment: The follow up to the excellent "Wild Young and Free" isn't quite as good, but is still a great album by one of Canada's premiere hard rock acts. A good mix of rocking tunes and sing-along ballads. 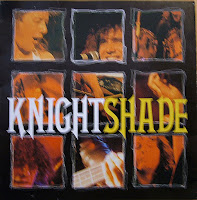 
Fletchanator's comment: Here is an extremely rare treat for you, my loyal blog readers. In fact, this is about the only album I'll upload to this blog that I can guarantee you won't be able to get anywhere else. In the 1980s, Knightshade were the hottest hard rock/hair metal band in New Zealand. This album is their "best of" collecting songs from between 1985 and 1995, and it's not available outside of NZ, and is even rare in this country. Singles such as "Blood and Money" and "Out For the Count" were big hits here back in the day, but my favourite tracks are the ballads "Last Night in the City" and "You Don't Need Me". Knightshade is straight-forward, guitar-orientated hard rock. Enjoy! 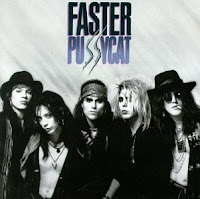 
Request of: RaikkuFletchanator's comment: Faster Pussycat almost breaks my rule about not uploading "major" hair metal bands, but since it's the debut album and not their huge hit, Wake Me When It's Over, I'll let it slide. This album is pure, unadulterated LA glam metal, in the vein of LA Guns, GNR and the like. The song Cathouse, named after a club singer Taime Downe owned in LA, is the kind of sleaze anthem you could imagine playing in a Sunset Boulevard strip club back in the 80s, and there are plenty more solid songs on the album.


Request of: Scott LullFletchanator's comment: I remember buying this album on cassette in '88 and loving it. KIX had put out three albums prior to this, but Blow My Fuse was their first big success. The ballad Don't Close Your Eyes got plenty of radio and video play. From Steve Whiteman's great voice to the echoey drums and Def Leppard-esque guitaring, KIX were awesome. If you like KIX, check out Steve Whiteman's other band, Funny Money too.