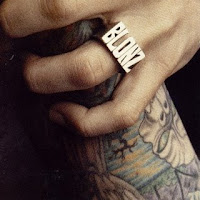 Fletchanator's comment: Another band with a lot of potential that was never realised was Blonz. This album was produced by a couple of guys from 70s prog rockers Kansas, and some of the songs were written by the likes of Joe Lynn Turner and the singer from Fierce Heart. After Blonz split, Utz, Taylor and Ogle formed Chaingang. I would compare the Blonz sound to Bon Jovi with Tesla's Jeff Keith on vocals. It's good stuff. Check it out.

Posted by fletchanator at 2:45 PM 6 comments: 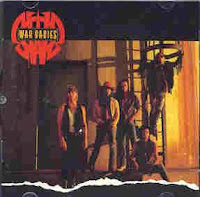 Fletchanator's comment: The only album released by this Seattle band, who were fronted by former TKO vocalist Brad Sinsel. Their sound can best be compared to Cinderella - it's blues-infused hard rock with a gravelly-voiced lead singer. Not quite at the level of that legendary band, but good stuff nonetheless. 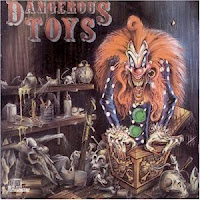 Fletchanator's comment: I've already uploaded their second album on here, and now here's the debut effort. Dangerous Toys were from Texas but had their own brand of LA-style sleaze rock, which got them a degree of fame in the late 80s and early 90s. I like this album better than the follow up. Highly recommended. 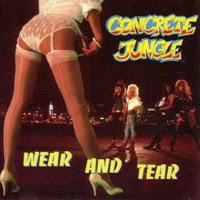 Fletchanator's comment: Another one-album-and-out hair metal band, Concrete Jungle were a hard rock four piece from New York City. This, their only album, is a slice of groove-laden rock in the style of Lillian Axe and Danger Danger. 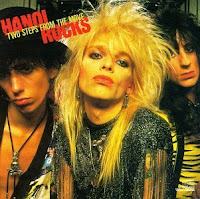 Fletchanator's comment: Legendary glam rockers who originated in Finland and took the Sunset Strip scene by storm with this, their sixth album overall and first on a major worldwide label. Sadly it was the last album for drummer Razzle, who was famously killed in a car crash in which Motley Crue's Vince Neil was driving. By 1985 the Rocks had split, but they came back a few years ago to tour and record again. This album showcases a band that were true pioneers of LA hard rock, inspiring the likes of LA Guns and GNR. Highly recommended! 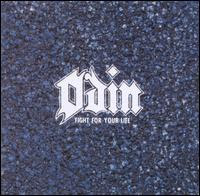 Fletchanator's comment: The fourth album by Odin, and the third one I've uploaded here (along with Don't Take No For An Answer and The Gods Must Be Crazy). It's also the last Odin album (not counting a compilation, By the Gods), because singer Randy O left to join Lostboys. More melodic metal than hard rock, Fight for your Life still includes some good glam moments. 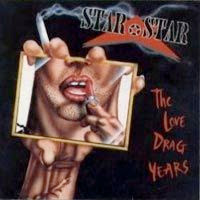 Fletchanator's comment: Another band that only managed one album release before grunge killed this style of music, was New York sleaze rockers Star Star. Their sound is glam rock, with vocals that are dripping with sleazy attitude in the vein of Babylon AD and Faster Pussycat. A definite must for fans of sleaze glam rock. 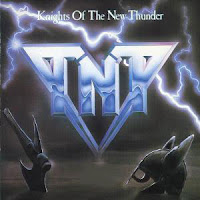 Fletchanator's comment: The second album by Norwegian rockers TNT, and the first to feature American-born vocalist Tony Harnell (who billed himself as Tony Hansen at the time). This album signified TNT's move away from Viking-themed power metal to groove-laden hard rock (although a couple of songs have Viking lyrics), which would reach a peak with their next recording, Tell No Tales. There are some great hard rocking tunes on this album and it's worth it just for Harnell's awesome voice - you should definitely check it out. 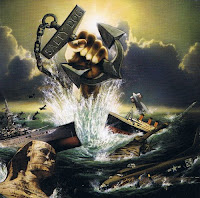 Fletchanator's comment: This is the only release by LA rockers Salty Dog. The best way to describe the album is "sleaze blues". Their sound mixes southern rock and LA sleaze to create a sound that's a mix of LA Guns, Bulletboys and Jackyl. Another band that sounds similar is Cats in Boots (another band I'll upload sometime), so if you like them, you'll like Salty Dog. 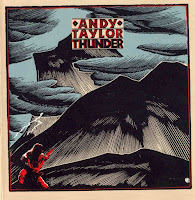 
Fletchanator's comment: From the land of bizarre collaborations comes this, the first solo album by Duran Duran guitarist Andy Taylor, with support from former Sex Pistols guitarist Steve Jones. The result? A slice of pure AOR/hard rock. Weird, I know, but apparently Taylor had been wanting to make this kind of music for a while, and quit Duran Duran when their musical direction started drifting from what he wanted to perform. Thunder is solid AOR with some harder rock overtones.